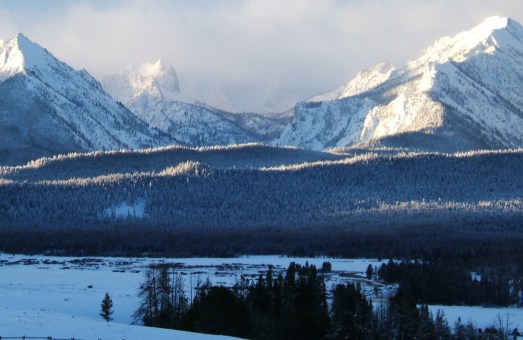 view from the family cabin

When I think about dying as some grim, black destiny waiting to reach up from the dirt, grab me, and drag me back under someday, it’s pretty scary.  How could it not be?  That perspective makes me feel small, helpless, and…frankly…screwed.   But there’s another way of looking at it that spares me the Freddie-Krueger’s-a-coming sensation and it goes something like this:

Inescapability aside, it’s also true that dying is the final gift I get to give back.

I discovered this perspective while hanging around out in the natural world.  Idaho has the largest total area of intact wilderness in the lower forty-eight and, like most people who live in this state, I love spending time outdoors.  The wilderness has long been the community where I experience my deepest sense of belonging.  The high lakes and rocky trails, swollen rivers, green canopies and night skies are the congregation and confessional I most naturally turn to—the places where, for whatever reason, it’s easiest for me to uncurl and unclench, drop my arms, and slowly look up in trust again.

They’re also the places that teach me the most about life’s cycles and seasons, its hardship, endurance, and resurrection, its silence, beauty, and hope.

And dying.  Of course, dying.  Sometimes, while wandering through a part of the forest that’s shadowed and damp, I’ll come across one of the old giants, an ancient tree lying broken and rotting, stretched across boulders and trails.  It can take the old Douglas firs and Ponderosa pines decades to decompose, years sometimes just to fall all the way to the forest floor because the surrounding trees catch and hold them in a slow, deep kind of tree-grief.

I sympathize with the forest’s unwillingness to let them go, these great old ones.  I feel the ache of loss, too, gazing up at their towering frames, suspended and creaking as the other trees supporting them slowly give way over the years in an unfolding ballet of grace, sorrow and ultimate collapse.

But they do eventually fall, they break, they settle and rest, where the busy (and far briefer) lives of the forest floor can set about their work of release.  Ants and beetles.  Fly larvae, bacteria, and a host of other microorganisms all nibbling away at the bonds that hold the mighty trees together until finally, at some mystical point where every bit of chemical bonding in the wood is broken down to a brittle point of perfection, the dead tree explodes in slow motion, spilling out across the ground in an aromatic blanket of rich, red compost.

It amazes me.  Every time.  It stops me dead in my tracks and I just stand there breathing in as deeply as I can, gulping the sweet smell of pine decay.  Or I kneel to run my fingers through the moist, rotted particles, gathering a handful to carry home to my garden as a gift from an ancient life that gave itself away, leaving its nourishment for all that follows.

It was there on my knees one time that it first occurred to me, how perhaps human dying doesn’t have to be entirely sad and clinging.  It’s not that I think it’ll be easy to give all this up.  I don’t.  I love this world, my life, and the thought of saying those final good-byes to the mountains and moonlight, to everyone I love, to everything I felt and learned, touched and became over the years, is heartbreaking.

And yet…and yet.  To think that I’m leaving room and resources for the others yet to come, helps.  The knowledge that by standing aside, I’ll leave space for someone else to step up and gaze at the stars or across the peaks and be stunned by their beauty like I was, makes my own loss easier.  More worthwhile.  My death will mean that someone else gets a chance to come forward and cradle a newborn in their trembling arms for the first time, or to search for new ways to heal and comfort the illnesses of the future, or to experience any of the thousand thousand other gifts that go along with just being alive and drawing breath.

When I think about it like this, the generosity of dying takes my breath away and I’m no longer as frightened or resentful.  Instead, I feel like everything will still be okay.  In the act of giving myself away like that, somehow I’ll still be okay.  In the deep place inside me, the old place, I know this now which is why I don’t really want to tear my hair or gnash my teeth anymore.

When my time comes I’d rather just say Today, I have taken enough.  It’s time to move aside and leave room for others to come and gaze and marvel, too. I leave the food I won’t eat, the warmth I won’t require, the resources I won’t take for myself, to others who still have their whole life before them. And here on the ground where I stood, I leave a pile of everything I’ve collected during my years, a pile of everything I was and learned and became.  I leave it as a gift for those that follow, and as a small token of my gratitude for everything.

I think back now to the dying people who allowed me into their homes and intimate circles.  I remember the stories they gave me, the wisdom and secrets and pain they shared that fell like rich, moist particles of compost inside me.   I must have breathed in the swirling, escaping molecules of their vanishing bodies as I held them, dressed them, bathed them.  Breathed them deep down inside me like the sweet scent of pine and humus, breathed their memories and joy, their suffering and release, and been nourished by it.

Up in the mountains, walking the trails and witnessing the dying and decay that’s always and everywhere present up there, I’ve always felt renewed.  Surrounded and cradled in the generosity of the natural world, I eventually came to see that I, too, am an integral part of this sustaining circle.  Which is why, when it’s my turn to step aside and return the life that was loaned to me for this brief, miraculous, blessed, blessed ride, I want to do it with gratitude rather than regret, and with prayers of generosity in my heart for all who follow. 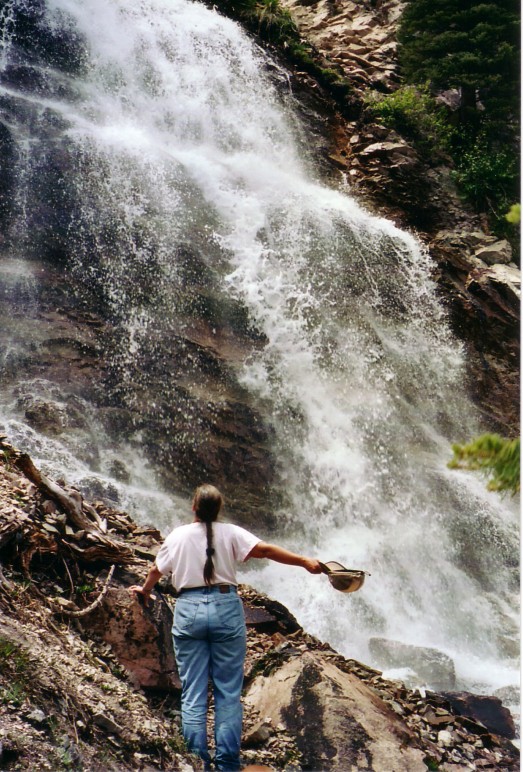