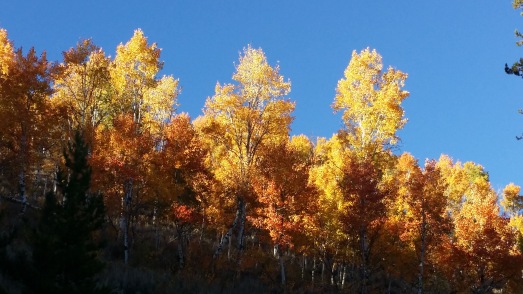 There’s a long, south facing hillside up in the Stanley valley, near Redfish Lake, which is covered with an equally long stand of aspen trees. There’s a trail that meanders along the base of the hillside for a few miles and I’ve always thought that hike would be spectacular in fall when the trees were in full color but for two decades I’ve missed it. Successful leaf peeping requires timing, luck, and motivation and for whatever reason I’ve never had all three in sync.

This year I finally hit it. I did a runaway up to the cabin for a couple days of Indian summer and struck gold. Turns out it wasn’t just the aspen. The whole valley was lit up. Golden. This time of year the light is thinner, slanted, as the sun retreats back towards the southern hemisphere and the way it reflected off the changing foliage of willows and dogwoods, aspens and dried grasses made the air itself glow. It was an extraordinary sensation.

Left to my own devices I would have parked my phone camera at home and just rambled around for two days soaking it in. I find a lens tends to get in between me and the full experience of a place. But I promised my mother-in-law I’d take pictures for her and it was not a promise to renege on. Marie lived up in that valley for twenty-five years, running the medical clinic as the first practicing nurse practitioner in the state of Idaho and ministering to the health needs of a rural population when no doctor was willing to go. She adored her life up there, loved it, but at 84 years old and losing her sight she’s given up the mountain mama existence and moved to the lowlands where more care is available. She never complains mind you, she’s an amazing woman that way, but I could hear the longing in the way she talked about her memories of the fall colors so I was hellbent and determined to at least capture some of it for her digitally.

These are the result. 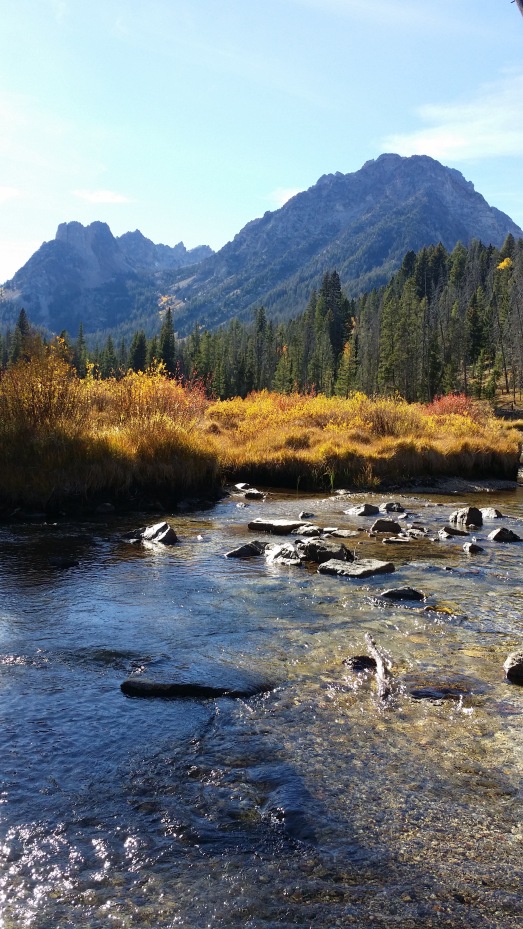 Above is Fishhook Creek running through a large beaver engineered water system that spans the meadow with a couple of Sawtooth peaks behind. 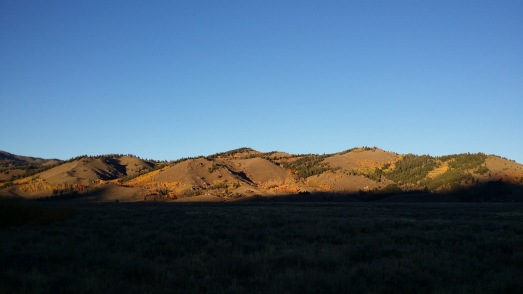 Foothills in front of the White Clouds mountain range during sunset. You can see pockets of color as the aspen are changing. 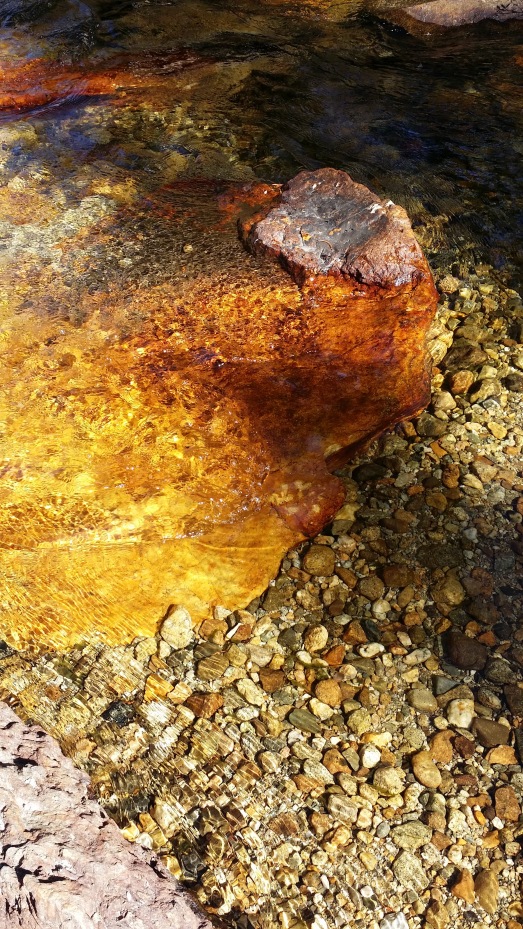 This is a stone in Fishhook Creek full of iron, which gives it the orange-red color. (It’s an iron rich area.) 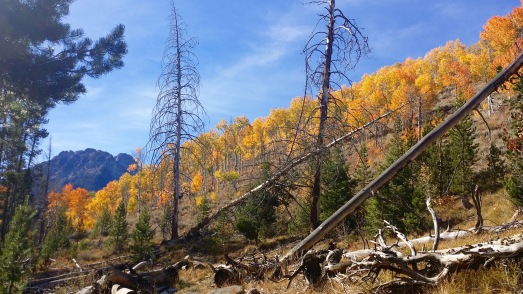 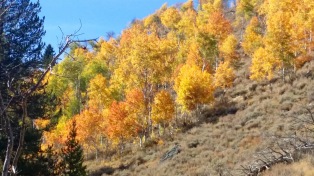 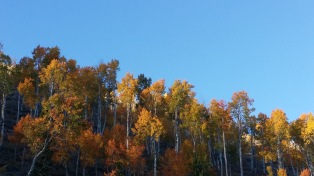 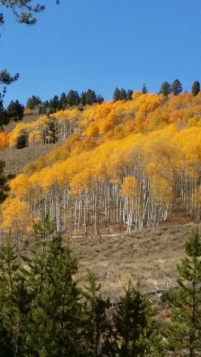 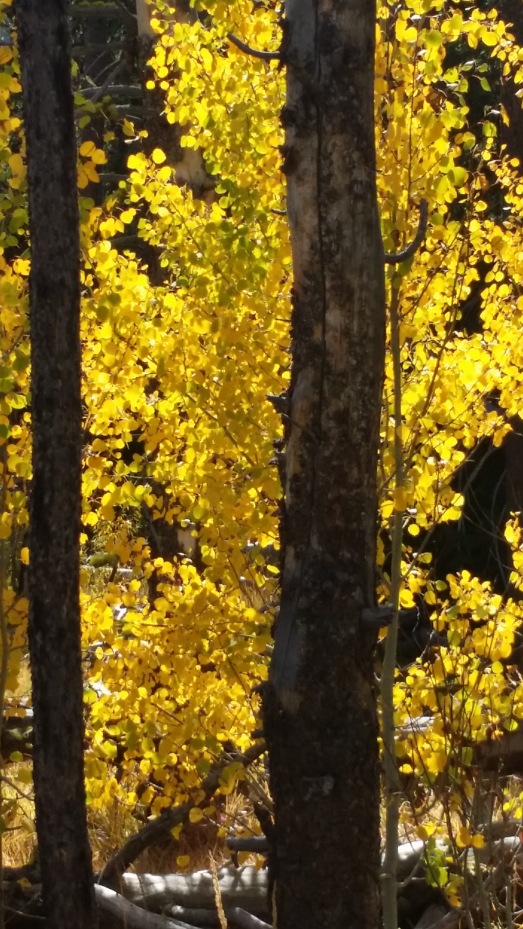 Sunlight illuminating the leaves from behind. The photo doesn’t do it justice of course. The real effect was rather holy…another one of those moments out in the natural world when the impulse to fall on my knees and whisper thank you to whatever would listen almost got me. In the end I couldn’t do it in front of the Canadian hikers behind me but still, we were all pretty quiet and big eyed.

Here’s for you, Marie. Thanks.