I love this volcano. The hubster and I drove over to camp for a few days in…I think…October a couple of years ago. We were lucky. Usually the trails are snowed in that late in the season but an unusually dry year kept them clear until the day we left so we were able to hike the approaches from both the north and south.

These photos were taken from the south during a lunch stop. 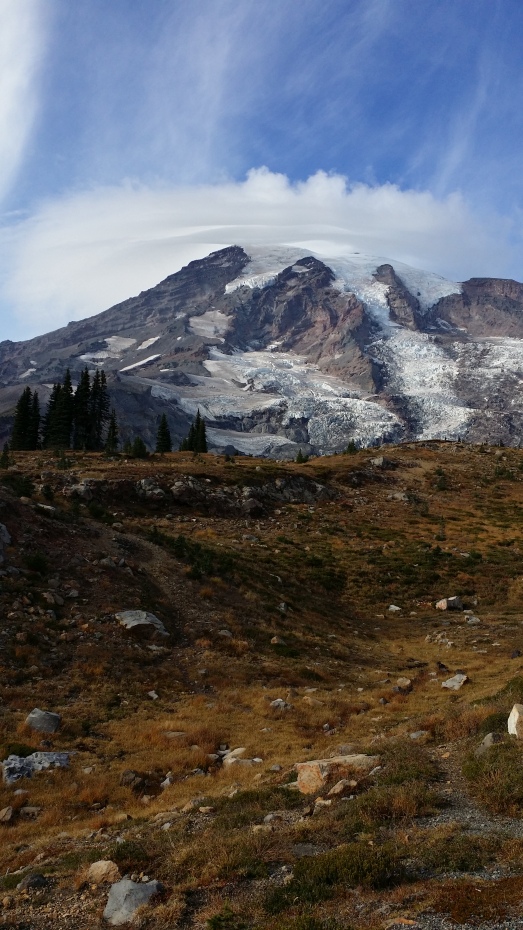 This is called a lenticular cloud formation and usually portends a storm. In this case, the weather forecast was 100% correct. We were driven out of our campsite early the following morning by heavy (and, it turns out, sustained) rains forcing us to finish the rest of our trip over in Hells Canyon. 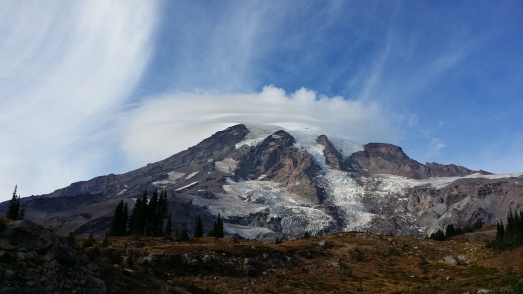 I took a shot every five minutes or so for about half an hour. We were fascinated as we’d never seen anything like this before but evidently this and other far more dramatic lenticular clouds often happen in the fall over Mt. Ranier. They’ve even been the source of conjecture about UFOs in the area for years, which doesn’t surprise me as I toyed with the idea that maybe the weather gods were playing around up there myself. I can easily see how legends would arise. Here’s a page with some incredible photos taken of a variety of cloud caps over Mt. Ranier. 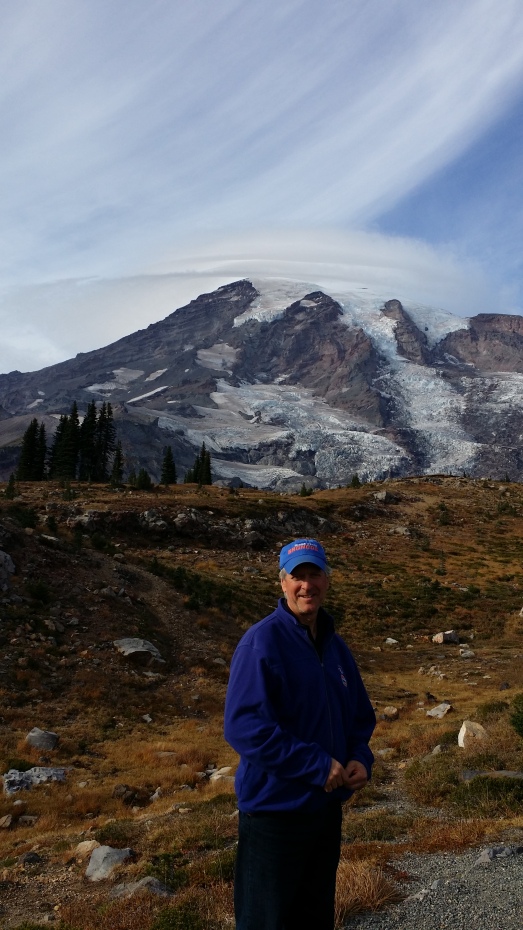 And the hubster. He loves this volcano more than life itself. It was an important photo op for him.

And, finally, the formation just kind of collapsed into a cloud pile on top so we continued on our way.