…only I think more for our sake than theirs. 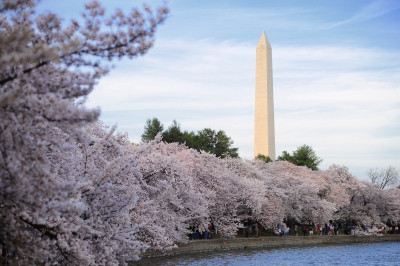 In the last week I had two different friends tell me stories about the death of a close family member and the extraordinary experience they had with the body afterwards.  In both cases the body was handled in a way that’s unusual by American standards, yet both women told me (with deep conviction) that it made all the difference in helping them cope with the loss.

The first is a friend who’s older brother died last year of a sudden heart attack in his early sixties.  He lived and died in a different kind of community in the midwest where a lot of people practice a spiritual discipline with deep roots in the Indian Vedic tradition. Naturally, his cremation was attended with some of the chanting and ritual derived from that part of the world.  It involved an open casket viewing in a small room within the crematorium following the funeral itself.

The ceremony was beautiful, heart wrenching, and mesmerizing to watch.  My friend had a small video that was given to family members, and she shared it with me.

Only the most intimate friends and family members were allowed to attend.  Once everyone was seated a woman, who’d evidently spent a number of years in India learning how to do it, gave a brief explanation of the ceremony and then began singing what had to be one of the most beautiful, soothing, dynamic songs I’ve ever heard.  The words were in Sanskrit so I couldn’t understand any of it, but the melody, repetition, and deep resonance of the woman’s voice was like being cradled in strong arms.

All of the (many, many, many) flowers from the funeral had been brought into the room and two women were busy in a corner stripping all the petals and placing them into a basket near the head of the casket.  As the main woman sang that unearthly song, everyone in the room stood up and began to file past the body in a circle, picking up a handful of petals out of the basket each time they passed and sprinkling them over him as they whispered their final good-byes.

At first I was just struck by the surprising beauty of the whole idea.  But then, as I watched his white face…his entire body…. vanishing beneath the deepening layers of soft, tender flower petals, I got it.  How much kinder and gentler this was, how much truer to both the profound love and profound loss of the people in that room, to bury him in flowers rather than dirt.  It took my breath away.

His mother nearly collapsed her first time around, under the unbearable weight of her grief.  But it seemed to get easier for her after that.  My friend told me that more than anyone else, the ceremony helped her mother come to grips with the loss.  Neither Friend nor any of her other family members actually lived in that community.  They’d all dropped their lives to travel from across the country, stunned and stricken.  Friend confided that initially she, herself, was reluctant to view his body, to see him like that.  She wanted to remember him as he was.  But then somehow as she watched him disappear beneath the flowers, the pain and shock of his death was transformed into something else.  Something more manageable.  Closure, she said, and her eyes looked unutterably grateful and sad.

Eventually, they all went down to the furnace and, together, rolled his body in.  But by then they were ready to let him go…which I realized was the ceremony’s intended gift.

My other friend’s loss happened at the other extreme.  She lost her elderly mother after a decade of slow, horrendous decline.  In fact, her slide had taken so long that when she finally…finally!…began actively dying it was hard to get her doctor to believe it.  In the end she was only transferred over to hospice care a scant three days before she died and this made my other friend sad.  She would have liked the extra time necessary for everyone to gather and say their good-byes, to turn their familial head downward toward the birthing canal, preparing for their transition into the next world without her.

Then she told me how they didn’t call the funeral home right away, to come and collect her mother’s body afterwards.  Instead they kept her at home for a night so she and her daughter could sleep beside the bed, one on each side, loving it through the first long, dark hours of its new state.  They called in the morning and watched her taken away in the brighter light of day.  My friend shared that, by then, she was ready to let her go and I recognized that closure thing again.  That elusive, emotional line we all have to track down inside ourselves and cross before we get to begin our ascent back up the other side.

In both these stories I was struck by the double loss we experience with the death of a loved one…how we lose both their them-ness AND their body…and how important it can be to separate the two and honor them both.  Not only as a final gesture of respect for our departed, but for our own healing as well.

second photograph: A Study in Pink by Maggie Smith