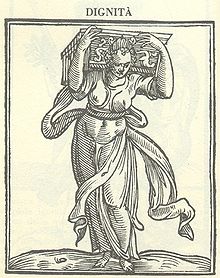 Not to crack any eggs here but somebody needs to say it:  dying is not, and never will be, a dignified process.  I have the deepest respect for all those good people who are espousing our “right” to die with dignity but, really, they’re tilting at windmills.

The physical act of dying is so like childbirth.  Both can be described in a lot of ways; primal, humbling, graphic, awe-filled, raw, ridiculous, deeply human, and often very, very embarrassing.  But not dignified.  Definitely not dignified.  However, this is not to say that the people who are dying can’t be dignified, because they can.  Without question.  Even in the midst of such an undignified process.  But frankly, the only people I ever saw die with dignity were the ones who were already living with it beforehand.

This is where I think the Death With Dignity movement errs.  With all the good will in the world, dignity is simply not something we get to grant one another.  No matter how good the medicine is, or the standard of care, or the advance directive, or the insurance, or the canopy of whatever legislation we drape over it all, true dignity is only generated from within.  It has to be built by each person, brick by brick, over time, from the inside out, using tools like courage, strength, respect, humility, truth, and grace under fire.  Not an easy task by any standard.

But on the flip side of this effort, once its firmly in place, once a person has anchored into a deep sense of their own dignity as a human being, it’s not something that can be easily dismantled either.  Especially not by things as shallow as whether or not a person can drive or feed or wipe themselves, or smile with both sides of their mouth, or even remember their own name.  I’ve seen people curled up and muscle locked from multiple sclerosis who were still happy, people suffocating from pulmonary edema who were still grateful to be alive, and people with advanced dementia who were still tender and loving to everyone around them.  I’ve also seen those who eventually decided to stop fighting their disease and surrender, not because they no longer wanted to live but because the battle to do so was threatening to consume and destroy the loved ones they were leaving behind.  Our ability to control our environment, our medical care, our bodies, or even our brains is not what ultimately defines us, and it seems like the biggest difference between a person who is living (and dying) with genuine dignity and everyone else is that they’ve figured that out.

I say this with the deepest conviction:

The most dignified people I helped care for weren’t the ones with the best medical care, or the clearest minds, or those who displayed the most control over how they were going to die.  But they were staggeringly wealthy in terms of love and endurance, generosity and strength.  They were the people who accepted their final vulnerability with a grace that humbled those of us who stood there and witnessed it.

And they were also, interestingly enough, rare.  Says something about us, no?

While I’m a passionate advocate for universal access to good medical and home care for the dying, it’s not because I think it’ll grant them some measure of dignity they don’t already have.  It’s because in doing our best to protect and care for the vulnerable among us, and by stepping up and helping to shoulder their last burden in all the ways that we can and should, it gives the rest of us a chance to work on deepening our own innate human dignity..