I arrived at a patient’s house one morning to be greeted by the news that Adelle, 104 years-old, had seen her husband last night in a dream.  It was a vivid, full screen, Technicolor kind of dream that she couldn’t stop talking about once she woke up.  Father of her children, love of her life and dead for over 40 years, she told me how healthy he looked in a tone of mixed surprise and delight, her face luminous with a happiness I hadn’t seen there in the year I’d helped to care for her.

Usually, she didn’t remember her dreams—in fact she was remembering less and less of just about everything.  Nearly blind and almost deaf, her retreat into the chambers of stillness and shadows had been recently accelerating.  We’d all noticed.  The complex web of threads that had once moored her here to the people and places she loved was unraveling, while her physical senses, whose job it had been to reach outward and connect her to the things of this world, were now reversing and cutting her off.  Spinning closer and closer around her like some kind of growing cocoon.

A shower fog thick with shimmering and whispers slowly curled around us there in the bathroom as I toweled her dry.

It was like nothin’ I ever seen before she confided softly and I felt a little breathless myself at the strange radiance lighting her face.  Her words helped lift a growing load from my heart.  She’d been turning inward, slipping away from us to struggle alone across the borderlands for so long that I was relieved she was finally coming within reach of the other side.

Adelle lived a long, clean, healthy life and her heart, while ancient, was still strong and vital.  For over a hundred years that had been a good thing.  But now, as the rest of her body was slowly grinding to a halt, her persistent, tenacious heart had unexpectedly become a liability.  It was yet another of those odd reversals that take place in the dying world—how good health can turn out, at the end, to be something unlucky.  I saw it a few times in those with unusually strong physiologies.  There was a man with the strength of an ox whose cancer advanced to a degree of horror before his heart finally (finally!) gave out.  And another woman centenarian whose muscular control and mind had long since failed but whose heart (Oh, fabulously strong, pulsing, galloping heart!) continued it’s pounding on and on.

It puzzled me, how one organ could be so oblivious to the fact that its fellow body parts were dropping around it like flies.

Or, even more bewildering, why we would step in and medically intervene with a heart or any other body part that was paying attention and trying to shut down.  Propping them up with the brilliant science and medicine we’ve developed over the decades and thereby unintentionally furthering a degree of suffering that was never naturally intended, aggressively slamming shut every other door that offers a kinder and more timely exit.

I’ve been viscerally struck by the dear and true friend that various acute diseases turn out to be as we decline and fall apart.  Even with as miserable as things like diarrhea, flu and bacterial infections are in the short term, they can save us from an equally miserable and far, far longer dying process.

Adelle was blessed with an extraordinary heart.  She was the last of her generation by a long shot, and now longed to catch up with those who had gone ahead…more than ready to leave but forced to linger on and on.  I don’t understand, in the grand scheme of things, why her journey entailed the extended suffering that it did and it’s not my job to judge it in any way.  (Thank god.)

But I’d grown to love her and in my heart I couldn’t help but feel she’d endured enough…enough joy and grief, love and loss, strength and pain, enough long, long life.  She was ready to go and as far as I was concerned she deserved to.  She’d earned it.

I was glad her beloved had come. 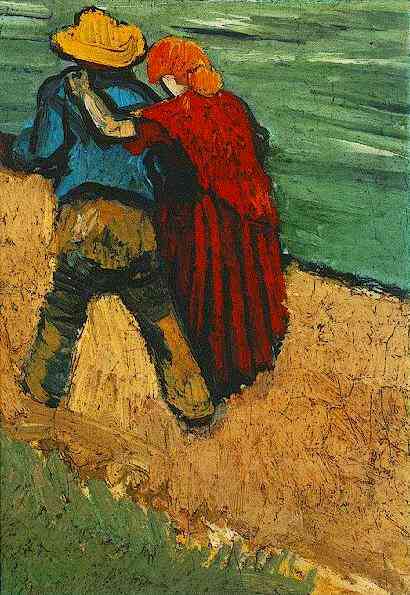