(Continued from Part V: Advance Directives: Best To Wish Carefully With A Genie)

In this post I wanted to share a smattering of specific thoughts and choices coming up for me as I fill out my own advance directive.  I wanted to do this just in case 1) someone might benefit from an example, and 2) anyone reading this may somehow, someday be involved in my care.

But before I start down that road I want to remind everyone that whatever I say here is a personal thing.  It’s a reflection of me and what I’d like to see happen with my care.  It’s not what I think anybody else should do.

When I was working with hospice my first job in any home was to find out what the people who lived there valued, believed in, stood for, and loved…and then work to support them from that foundation.  I did this because the dying journey is pretty turbulent and, for the most part, people need to harness the emotional and spiritual strength they’ve already established, not try and develop something new.  It’s almost always a bad idea to change boats in the middle of rough water. 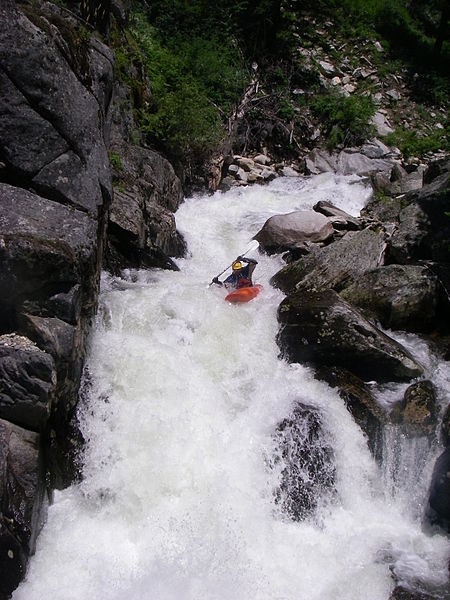 Any boat is better than being dumped out and beaten against the rocks for the duration of the journey.  That’s why I always tried, as best I could, to hang my own beliefs and personal preferences on a hook outside the door.

This post is only about the things hanging on my hook.

Here’s one of the most valuable directions we’ve come across so far:  Fill this thing out based on what choices we’d want made for us right now.  I’ve always thought of an advance directive as something that would come into play…oh…years and years from now.  Like when I’m eighty-three and dying of skin cancer from all the second-degree sunburns I sustained during my haole childhood years in Hawaii, for instance.

But no.  Turns out I need to think more immediately.  Like for the next five years (after which I’ll review and update my directive for the following five years, and so on.) Which leaves me facing the question:  If my life was threatened right now, at fifty-three years old, would I want more life sustaining treatment than I would want at a terminally ill eighty-three?  In other words, do I want more aggressive medical intervention?  Will I accept more risk?

I suspect the majority of people would say yes at my age, however for me it’s a little more complicated.  Because I’ve already been fighting the good fight to survive depression for two decades, my troops are on the depleted side and I’m a little battle-weary.  My basic will to live has taken a considerable beating and I don’t have the reserves I once did.   Just the idea of having to mount yet another massive resistance in a brand new war is exhausting.

It’s not that I want to die.  I really don’t.  I haven’t been in that phase of the illness for a long, long time now.   But depression years are like dog years…you live more of them in the same period of time…so fifty-three years probably seems longer to me than it would to the average, healthy person my age.  To me, I’ve already lived a really long, great, adventurous life.  Everything from here is just icing on the cake.

So what does this mean?  Well, as of today (of course things can always change which is why I’ll continue to review and update this thing regularly) but as of today, if I was mortally injured or ill and teetering on the brink of infinity, and if a possible recovery was going to mean a long, hard slog just to get back to a state of health equal to or less than what I have right now, then I’d rather take a pass on any life sustaining measures.

Please kiss me and let me go, my darlings.

Of course I’m not sure if the medical personnel involved would either agree or cooperate with that at my age…at least right away.  In fact, I’m pretty sure that in an emergency situation I’d still wind up on life support temporarily.  But then that’s exactly why I’m filling out this document right?  So that the hubster and/or the kids would be able to explain to them first, that I’m completely sincere about not wanting to be “saved no matter what,” and second, why I’m sincere, and that way eventually…gently and with everyone on board…they could remove me from life support.

Like I said, this stuff winds up being totally unique for each person doing it.  I suppose the main dictum for filling out an advance directive is, Filler Outer: Know Thyself.

A couple of other scale-tippers I discovered so far concern the issues of being a burden and/or a catastrophic financial cost.  I saw some tragic examples in hospice of how the drawn-out dying process of one spouse can not only bankrupt the surviving other, it can cripple their bodies and/or minds as well.  Occasionally, that’s just the luck of the draw and in those cases…oh well.  I can always stop eating if I feel that strongly about it (and can still think.)  But at other times it happens because of medical intervention and in that case…I don’t want to do that to him.  I DO NOT want to.  It would suck all the meaning and happiness right out of any additional life I gained if it stripped or destroyed the hubster in the process.

At this point I should mention that the advance directives we’re working with don’t offer assisted suicide as an option.  They can’t.  It’s not legal here in Idaho.  (I wonder if advance directives in Oregon and Washington include something along those lines?)  Locally, we’re only talking abut whether we want to accept or refuse “life-sustaining treatment” in extremis (from CPR to major surgeries to artificial nutrition and hydration to kidney dialysis and breathing machines…all of which can be big contributors to the election campaign of financial catastrophe BTW.)  So…no.  Not really.  Thank you.

So, these are just a couple of examples of what we’re considering as we move through the documents.  It’s a lot more than just checking off box #1, #2, or #3.  And while I realize it might sounds pretty grim, in reality it feels surprisingly freeing to just face it.  Like these are big, unknown fears lurking just under the surface anyway, unconsciously sapping our focus and creating unease, so why not just haul them up out of the water where we can finally get a good look at them?  So far we’re finding that under the bright light of day, talking about these things isn’t horrible or morbid at all.  On the contrary, it’s a relief.  While it’s definitely emotional, it’s emotional in a kinder, braver way.  Not bad, really.

Well, this post has gotten too long.  The hubster and I are having our second go with the advance directives this weekend so I’ll try and post more about how it’s going next week.

(Next: Part VII: Advance Directives: Ours)