Took these shots up at the cabin this winter. Wish I’d had something more than a cellphone camera to take the night pic, this just doesn’t do it justice. The moonlight reflecting off the ice was…I don’t know. Sublime? Stirring anyway. In a very good way. I was spellbound by the fragile, unearthly beauty of it.

For what it’s worth… 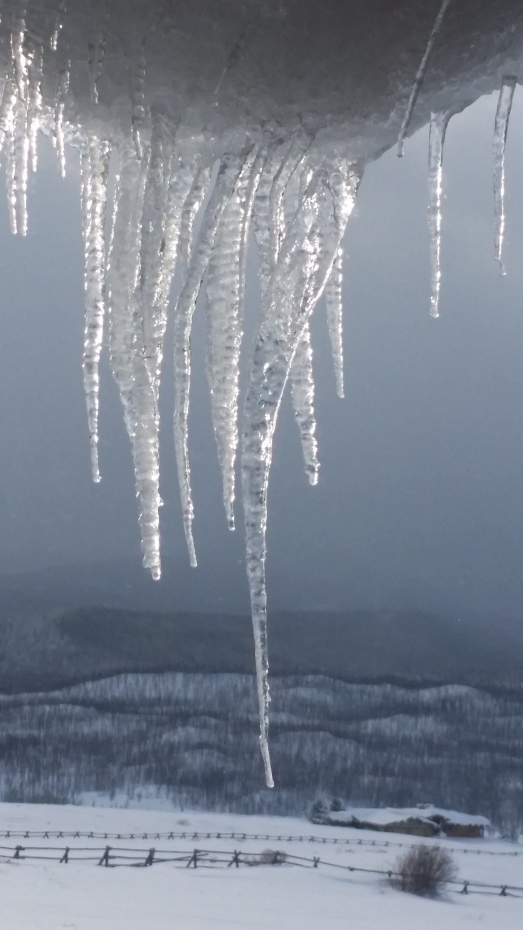 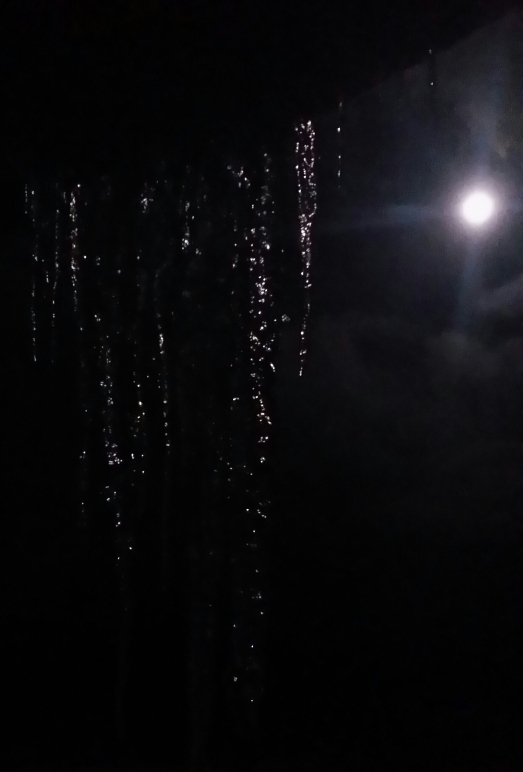 In the comment section after my last post, a couple readers asked if I could explain what the “powerful reason to live” was that I came by during my last bout with suicidal ideation way back when. I did my best to explain it with words but there was just no way to describe it that was ever gonna work.

These pictures explain it better I think, especially the night one. The wonder I felt when I woke up and saw the beauty of moonlight reflecting off the ice was similar in some way to that unearthly light I experienced in the depths of my despair.

I think it was St. John of the Cross who said something like “…when I thought the dawn was forever lost I found Your love in the light of the stars.” I’ve also heard that in some ancient spiritual traditions it was believed that the insane were actually touched by something divine and therefore sacred. I relate to that. During that hour when the obsession to die had taken over, my thinking was clearly irrational and insane. And yet it was in that madness, experiencing things that my rational mind would never allow, that I was finally touched by something transcendent and radiant that helped me finally find an enduring reason to live.

On a side note, I really wish this ongoing conflict between science/medicine and religion/spirituality would stop and we could instead start openly exploring the places where they intersect, what they could heal together. Each field has such profound and life-nourishing tools at their disposal and I know, in my case, if it hadn’t been for the help I received from both it’s unlikely I’d still be alive.

Just imagine if their resources were pooled, what the synergy of that interaction might reveal. The thought takes my breath away.